Rumors are in the air and geeks on message boards are posting their predictions like children writing letters to Jolly Saint Nick,  as the Electronic Entertainment Expo is a brisk two weeks away. Now we, here at One Bored Gamer, couldn’t care less about such Nostradamus-ish  activities and fanboy wankery, because the true entertainment is the event itself.

So, without further adieu, our humble blog presents Our Favorite E3 Moments! During the course of these few weeks before the start of E3, every now and then, we’ll be rummaging over some choice moments from past events. Things from the bizarre, to the down-right hilarious, and everything in-between. Let’s get started shall we!

Our first foray is from two years ago, at E3 2008 in Los Angeles, California. At the height of the music-gaming genre, Konami finally entered into the ring alongside Activision and Harmonix, but in their attempt to, would instead give us one of the most embarrassing on-stage displays of musical ineptitude.

Watch as this on-stage demo for Rock Revolution goes from funny to just sheer disappointment, while at the same time almost destroying a classic Punk Rock song in the process. If I were The Ramones, I would have probably sued for damages of some sort, but then the game failed pretty badly, so… justice I guess? I dunno.

Posted in E3, General Gaming, Guitar Hero, Humor, Peripheral Hell, What Did I Find On The Internet

Do The Dew! With Solid Snake! 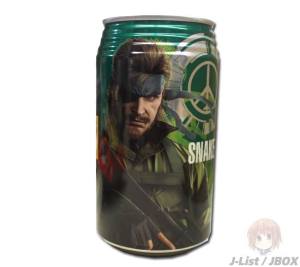 It’s all thanks to a timely friendship by both Konami and the PepsiCo Japan branch, as cans of that citrus-flavored juice, which has so much sugar that you could probably pick up a mid-sized sedan after drinking one, will be promoting Metal Gear Solid: Peace Walker for the PlayStation Portable. The set of eight cans will individually be graced with a character photo from the game, and better yet, will also have a special code that you enter into Peace Walker to receive a Mountain Dew designed shirt as a secret item for your in-game inventory. 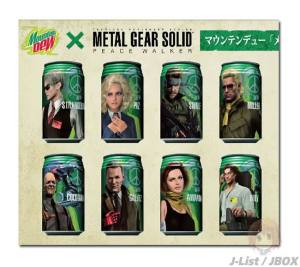 Now without being actually in Japan, the only other way to get your hands on a special edition Metal Gear Solid: Peace Walker Mountain Dew can is by ordering from an importer. JBox, and no, not that burger place with the Clown, is an online importer of many Japanese goods, mostly Anime related items and the like. There you can get your hands of a set of Mountain Dew cans, or how many you like, but hurry the cans are limited in number.

Posted in Humor, Kojima, News, Only From Japan, PSP

If you are like me, you played the Metal Gear Solid: Peace Walker demo in Japanese and didn’t understand a thing. Well, lucky you! The demo, which features four different mission types is now available for download in English.